The idea of traveling by plane with your firearms can be nerve-wracking. Airlines follow strict security practices and are constantly wary of potential threats, which is why the last thing you want to do is get in trouble for not following correct procedures. Thankfully, the TSA has put out clear, easy-to-follow guidelines that make the whole experience much less awkward than you might imagine. The following guide will give you the five simple rules you need to know before traveling by plane with your firearms, as well as some additional tips to make the process even smoother.

Rule 1: Transport Your Firearms Unloaded in a Locked Hard-sided Container as Checked Baggage

Firearms must be transported unloaded in a locked hard-sided container as checked baggage. It’s also a good idea to insert chamber flags into the empty chambers of your firearms to clearly demonstrate they are empty. This will often save you from having to manually demonstrate that they are empty to airline employees. Any excuse to not handle firearms in an airport likely will make you and the employees feel more comfortable with the entire process.

There are no additional requirements for the container other than that it must be locked and that it is hard-sided. The most important thing is that the container cannot be easily opened from the outside. This means properly securing the container using all available lock tabs, any locks that are built into the container itself, and even a supplemental lock if your container supports one.

Be aware that some airlines have their own specific rules on firearms, including how many can be included in one checked hard-sided case. The majority of airlines simply follow TSA guidelines, but it’s a good idea to double-check that your airline doesn’t have any unique requirements.

Magazines and ammunition are not permitted in carry-on baggage and must be packed in a locked hard-sided container in checked baggage only. This is true regardless of whether or not the magazines are loaded.

The specific language used by the TSA is that ammunition must be “securely packed in boxes or other packagings specifically designed to carry small amounts of ammunition.” However, it is not completely clear whether or not ammunition’s original packaging is considered “securely boxed.” In my experience this has been fine though.

Your best move here is simply to pack your magazines and ammunition boxes in the same locked hard-sided container that your firearm is packed in. This is permitted for all small arms ammunition not exceeding .75 caliber, including shotgun shells of any gauge. Just be sure that the firearm itself is completely unloaded.

Airlines may limit the amount of ammunition each passenger can bring with them. For example, American Airlines lets you bring no more than 11 pounds of ammunition. To put this in perspective, that’s around 400 rounds of 9mm ammo.

Note: Black powder or percussion caps used with black powder are not permitted on an aircraft.

Rule 3: Declare Your Firearms When You Check In

Assuming you follow Rules 1 and 2, Rule 3 should be a cinch: declaring during check-in that you are transporting a properly secured firearm. Airline staff will then give your container a special identification tag indicating that it contains a firearm, and you will then check the container in the same way that you would check any other bag.

Pro Tip: In my experience, it’s best to use the word “firearm” rather than “gun”. Though the two can obviously be used interchangeably, “gun” sounds scarier and might startle new airline staff and fellow travelers.

Rule 4: Optics and Scopes Can be Transported in Either Carry-on or Checked Baggage

If you are bringing with you various optics, like scopes or red dot sights, you have the option of packing them in your checked bag or bringing them with you in your carry-on. Choosing how to transport your optics is largely personal preference.

I personally like to pack my optics in my checked bag, as they aren’t doing anything for me in my carry-on other than taking up space. But if you are worried about them possibly being damaged in your checked bag or want to minimize the risk of lost items, then you can feel free to bring them along in your carry-on.

Check with your airline to be sure, but in my experience I’ve also had no issues bringing unmounted weapon lights in my carry on luggage.

Rule 5: Follow All Local, State, and International Laws Regarding Possession of Firearms

Last but certainly not least, be sure to check and comply with all local, state, and international laws regarding firearm possession. I’ve heard countless stories of people unwittingly bringing their firearms with them to states with strict gun laws and being slapped with hefty fines or even jail time. In many of these instances, the gun owners followed all of the TSA guidelines and even checked with the TSA ahead of time to make sure there would not be any problems, and they still were charged with felonies. So it ultimately falls on you to be sure that you are legally allowed to possess your firearm in the location you are departing from as well as where you are arriving. It’s even a good idea to avoid connecting flights through states like New York with strict gun laws.

And that’s all there is to it! Most of us feel anxious about whether our tiny bottles of soap or fingernail clippers are going to make it through security—let alone a gun—which is why it’s perfectly natural to feel a little queasy thinking about traveling with your firearms. But if you follow the above five rules and be sure to ask questions to Airport employees, you should have absolutely no problems.

The original article can be accessed at GunPros. 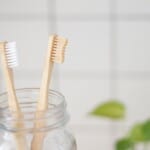 How To Choose A Toothbrush: 7 Main Points 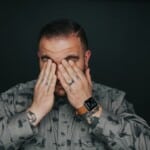