Revenge can be taken on clans and alone, petty and big, quiet and demonstrative, “on the hot trail” and after decades, personally and with the help of strangers, on all sorts of nonsense and weighty occasion. People take revenge because they see revenge as the only way to punish the offender, get even, trample and destroy!

Revenge is the most mercilessly exploited theme in cinema, after an unhappy love, perhaps. Heroes of gangster shows swear on the graves of dead friends that they will definitely find and punish the murderers, then, coming out of a long three-series of drinks, wash their unshaven faces and finally go to revenge. All of this is so pathos-filled, full of dignity and nobility that another viewer can decide that revenge is the purpose of strong people.

But life is far from the screen passions: the reasons for revenge are completely different, and other people – all much more trivial, more primitive, even. Chewing offense at the neighbor’s fence, standing in the wrong place, people break neighbor’s windows and poison innocent chickens. Cars making sounds under the windows become a target of a night throws rotten eggs mixed with cast-iron weights. The intractable teacher, who has rightly failed a student at the test, is tracked by the doorway and hit with a brick on the head.

When is revenge a stupid thing to do?

We can give you a few reasons when you don’t need to take revenge because these reasons are a reflection of your inability to resist the internal contradictions.

When a man is driven by envy, it’s hard to think straight. Physical punishment of a competitor is presented as an act of a conscious citizen, although the true motives lie in the elementary envy of his success. To take away your best friends husband or wife is just an inability to rejoice at the happiness of someone else, often covered by a false sign – love.

Because of treason or jealousy

Abandoned women smile vengefully, imagining how their unfaithful husbands collect bottles in garbage dumps, and it is highly desirable that their “partners” made up their company as well. Or consumed by revenge, they jump into the bed with other men (maybe someone else’s husbands too), to try and make their husband feel hurt as well.

Someone rattled, did a nasty thing, sat at work, made a joke about your appearance – in general, everything that you can safely solve or even ignore, is perceived as a deadly insult. In this case, your vindictiveness speaks eloquently about personal problems, temper and even the inability to adequately perceive reality. As a rule, all ways of revenge are reduced to small attempts to salvage, with a nasty smile. And it is not fate to call to account the perpetrators and provocateurs directly.

Is it worth avenging?

It’s hard to give a definitive answer. Revenge can sometimes be justified from a moral point of view, but the law always thinks differently. On the one hand, impunity gives rise to evil – a fact that is impossible to argue. A rapist and a murderer will continue to rape and kill if he is not stopped. Often, especially if there is no hope for competent authorities, people resort to vigilante justice out of despair.

But there is another side: revenge itself is destructive. If everyone were to take revenge, the problem of overpopulation of the planet would be solved in a matter of days. The resentment and reasons for hatred in this world are enough.

Often, investigators and forensic psychologists ask people who have committed crimes out of revenge: what do they feel? In response, as a rule, they hear one thing: emptiness. There is no satisfaction, no joy, no calmness, no remorse. Only a black, bottomless emptiness of soul. And it is scary…

There must be a very good reason for revenge, and nonsense like treason or unfair dismissal has nothing to do with it. When everything inside is literally shrinking from despair and pain, when vengeance is the only way to find peace of mind and balance. Only then can revenge be understood and sometimes justified!

“This is understandable,” you will say. – But what to do, if my situation is not so serious, but inside too, you know, everything turns over. Yesterday my neighbor, a trench snake, punctured my wheels! Do I have the right to burn his hut down? An eye for an eye! Have you heard such an expression?

Have you ever heard of a “log in your eye”? Honestly, before you yell about justice, think about it, are you flawless? Find out why he did it? Maybe because you put your car on the lawn? Or maybe it’s because it’s an old carriage and makes sounds every night, waking everyone up? You want to get back at him for taking revenge on you. Surprise! This is an absurd situation in which neither you nor your neighbor is right. You should control your selfishness and be more attentive to the rights of others, and the neighbor – to gain courage and make claims in person, not to spoil someone else’s property. And then, dear, the expression “an eye for an eye” implies proportionality of punishment, you see the difference between pierced tires and burned apartment?

Conclusion? Conclude for yourself, as each person has his or her own grievances and attitudes. Everyone has different situations, reasons and motives. In any question, be guided by reason, do not disable critical thinking, calculate the consequences.

And another thing: if the harm was not done to you and your family, it is not for you to judge. Do not go where there is no personal interest. None of your business, to put it simply! 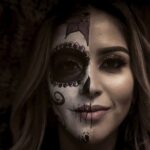 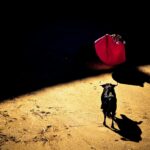 Bullying At The Workplace