Everyone knows – playing with anger is dangerous. Remember The Hulk from “The Avengers”? That’s right. The more you hit that guy – the angrier he became. And the angrier he became – the harder he used to hit.
Now you will ask us: “Hey, but does big green comics guy can have anything we can use in real life?” And the answer is yes! Actually, this is one of the best examples you can come up to when you start talking about the anger issues.

Next time, when your eyes become red, your shirt gets smaller in size and there is no more air around since you inhaled all of it – think about the situation and your future. After you picked a fight or screamed at someone, ask yourself – what’s more important, to prove your point or to preserve peace around yourself and inside yourself?
What if your anger issues harm someone you love? You know you can prove your point and avoid the conflict by using the right words instead of shouting left and right?

Before you say something when you are angry, take a deep breath, wait a couple of seconds before saying anything and try to control yourself. It’s hard, I know, but it’s important.

You know what helped me? Keeping a diary. When I was a teen, I could easily get angry with something stupid. Then I saw an article in one of the magazines, which described some of the life advises that could make your life easier. One of them stated that once you feel that you become angry, leave the room, pick up a sheet of paper or a notebook, take a pen, and write everything that made you angry. Write down each thing and describe why and how it made you angry. You have to write down what you felt at that moment. You will feel your negative energy flowing out on the sheet of paper, instead of a verbal fight. As you keep writing, you feel your head cooling out and emotions settling down.
And now the critical part: take everything you wrote, and read it. You see? You will get shocked by how miserable is the subject that set your head on the flame.

If you feel that your anger is almost uncontrollable – that means you are done. You have kept all the negativity inside yourself for too long and now you became a living volcano. Lavaman.
You have to throw out all your anger as soon as possible.

Attend a boxing class (great way to relieve stress!), meditate, do some yoga, or even get yourself a gaming console and play some games!

Doesn’t work? Well, then lose your sh*t. Don’t know how? Check this video of Nicolas Cage losing his sh*t:

I’d tell you to outline yourself away from the irritation, but I doubt you can make it. There are just too many irritating factors around: bosses, that guy who keeps using his horn in the traffic, extremely slow cashier in your supermarket, your 15-year-old teen son. Too many of them.
By the way, don’t be shy to take a couple of days out of your work, turn your phone off and go to the countryside.

Ah, one thing i’d like to add.
Do you know what the problem of your anger issues? Your inability to listen to your opponent. You have to learn and listen to other people. Someone’s opinion, which is the opposite of yours is one of the main things that wake up a demon inside you. Take a pause, go out, write down all those angry factors in your notebook, come back with the smile and start proving your own point in a calm, friendly way.

You see? Beautiful! When you are calm, people tend to agree with your point much easier! 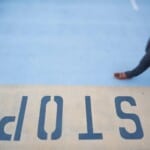 10 things you have to stop doing asap 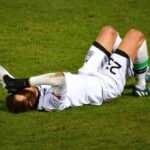