How to get rid of addiction to other people’s opinions

In one way or another, everybody, at least once, faced the idea that they were dependent on someone else’s opinion. But over time, some have managed to come to self-sufficiency, and what about others? How does someone else’s opinion prevent you from living and how to stop following the advice of others? How to become a person and become self-aware of your own actions and decision? This article will describe the essence of dependence on the opinion of others, how it affects human life and personal development, and ways to overcome this dependence.

The essence of dependence on the opinion of others, its causes and consequences

Nowadays, addiction to someone else’s opinion is a fairly common problem. However, some people manage to get rid of this dependence in the course of time, as it is impossible to get rid of someone else’s opinion completely. But what about the others? And what is this dependence in general?
Dependence on someone else’s opinion is a psychological state in which one’s own self is suppressed because of the imposition of ideas by others, or because one is forced to do something to justify the ideas and intentions of others. In other words, it is a kind of psychological pressure that forces a person to do what others won’t, but not himself.

And the psychological reasons for the appearance of dependence on someone else’s opinion are as follows:

Opinion of parents and their pressure

As a rule, parents raising a child in severity, act on the principle of “do as I said and don’t argue” which is fundamentally wrong. By not giving the child a choice and depriving him/her of the opportunity to express his/her own opinion, parents deprive him/her of the opportunity to make independent decisions in the future life and make him/her a weak personality. Therefore, over time, the question of his future existence as a person, an individual and, in general, a person may arise.

Attachment to someone else’s approval

I think that’s clear without any explanation. If a person thinks that he or she is insignificant, the opinion of any other individual will always be regarded as more important. Even if this individual is less intellectually developed.

Fear of responsibility and its avoidance

Such people are afraid to make any serious decisions and solve serious issues, so it is easier for them to avoid responsibility. Such people often lie. Avoiding any kind of responsibility also raises the question of whether a person can exist. Such a person is often decided by other people, or they dictate how and what to do to the person they are led by, and therefore the person does not live his or her life.

Failure to defend one’s own opinion and point of view

This quality is laid down in childhood by peers, parents or representatives of the older generation.
Proceeding from all aforesaid, it is possible to come to the conclusion that dependence on someone else’s opinion leads to only one question “how to live further on”, after all, uncertainty in correctness of actions and deeds, absence of independence and dissatisfaction with own life become constant companions.

How to get rid of dependence on someone else’s opinion

Psychologists provide an algorithm of actions that helps to become more self-sufficient and independent, as well as helping to stop being dependent on the opinion of others:

First of all, it is necessary to observe yourself. You need to listen to yourself. Every emotion, every thought, every action must be analyzed. A thorough analysis of your own thoughts and feelings will show you the way to negative, but quite useful emotions, which sooner or later will make you express your opinion.

One should stop being afraid of loneliness and try to be alone with oneself. Thus, independence will also follow.
It is necessary to listen to oneself and identify one’s own desires. People who depend on other people’s opinions often do not have any own desires and goals but live in accordance with the opinion of others.

Spilling out their own emotions, or rather aggression, is an expression of their own self. And if you do not like something, you should not restrain the aggression. Thus, one’s own opinion will also appear.
Having set yourself clear boundaries of what can be done and what cannot be done, a person automatically gets approval from everyone else. It is necessary to show society that a person is a person.

Sometimes it is hard enough to fight addiction, especially if it has been developing for a long time and has almost reached its peak. Therefore, it is very important to eradicate this addiction and recognize it as early as possible. 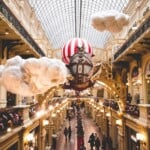 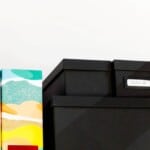 Why Do You Have To Move Out Of Your Parents House?