You think you made a big score and managed to get yourself a bar of gold, not a girl. But most of your close friends think she’s the most bronze. Maybe they’re not as obsessed with her as you are. Or maybe they don’t like her for some objective reason?
When you’re with your friends, everything goes as usual, but once you show up at the company of your significant other, you know that something has changed. There is some unpleasant tension in the air. But the worst part is when one of your friends is getting ready to leave once he sees your lady.
They say love is blind, and that’s true. As soon as love settles in your heart, you seem to stop adequately assessing the reality and object of your adored flame. But your friends assess reality adequately because they are not under the influence of love. Who can easily put aside all doubts, if not your friends? Women believe guys are chauvinistic pigs in terms of relationships. Part of the reason for this is that if one of the brothers sees that his girlfriend treats his brother without proper love while he’s absolutely in love with her, he has to tell him about it. Because nobody, I’ll say it again, nobody wants to see a crazy bitch next to your close friend who pulls all the juice and money out of him. In a way, it’s male solidarity. I assure you that in 80 percent of cases, no one wants to steal your girlfriend, and no one is jealous of your happiness. Maybe they’re jealous, but with a white envy in the spirit of “I’d rather be jealous!” Most of the time, the unambiguous hints from your friends mean that something is going wrong in your relationship.

If your current girl starts flirting with other men in the company of your friends, you’ll probably be 99 percent sure that she’s the one who’s being polite. Unless you’re jealous of any male being, of course. But your friends can tell you that something goes wrong.

During another drink where your girlfriend will not be there, ask them frankly what is wrong. Why you should break up with this girl? Why isn’t she right for you? I think your friends will answer you properly. They can tell you that she doesn’t treat you with respect, that she doesn’t have a common interest with you, that she’s boring and simply not worthy of you. You don’t see it yet, you look at her with your radiant eyes and can’t see the whole situation. But friends are friends because they are always there to help you.

But how to determine that your friends do not like her if they don’t tell you anything?

1. They find the stupidest pretexts not to come to the exact place where she will be.
Up to the point where all of them stay home sick on Friday evening.

2. They may not come to a party dedicated to important holidays Do you have a birthday party? Does your girlfriend throw you a New Year’s party? But suddenly it turns out that she has a few people coming to her, and most of them are her friends.

3. They can say “Bitch” in front of you, not behind your back, but right in front of you.
This only shows that either these friends are not your friends at all, or your friend is not really right for you. If you are hinted in every possible way that in the event of the extinction of all mankind and the need to continue the human race, provided that only your friend and only your girlfriend remain in the world, they would condemn the human race to destruction, something is definitely wrong here.

4. They always find a reason to criticize her.
She is fat, she is humpy, she smells bad. But I exaggerate. The real situation is that every friend of yours tries to make a pretty mean shot at it, pointing to its shortcomings. It doesn’t go into an open confrontation, but it’s hard to understand where the line between a joke and an evil joke is. After that, it turns into poisonous jokes that come from both sides.

6. Whenever she says something, one of your friends rolls his eyes or smirks disgustingly. Every word she said turns out everyone in disgust. Nobody is shy about arguing with her and showing that she is wrong. Often it starts all of a sudden for you. Everything seems to be fine,  until the point when someone throws a bunch of sarcasm towards her as if adding “what to do with her? She is the way she is”, and everyone laughs at her every word. What if she is really so stupid? ]

7. Someone must have told you that she wasn’t for you, but you didn’t listen to them.
Now they’ve decided to leave you and are moving away from you in every way possible. What else can they do? As much as it hurts, the people you’ve known for a long time are more reliable and trustworthy than a relationship with a girl. If almost all of your close friends with whom you have gone through fire and water tell you that she is not right for you, it is worth to give a second thought. After all, they may be right? 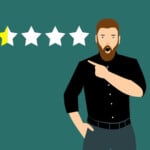 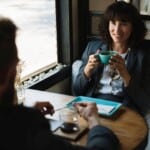 How to answer the “Tell us about yourself” question