You may think that we will discuss something obvious, and at one point that’s true. Although, you will agree with me if I will say that being a man is a tough thing. Even more than that – it was always tough historically.
Since the beginning of times, a man was considered as the manifestation of strength, power, and dominance. But starting from the XXI century, strength was moved out of the first place by traits like intellect, charisma, and ability to make money. But let’s be honest, this is wrong.
If you don’t swing your wooden club around hitting people and animals – it doesn’t mean that you don’t need to be physically and mentally strong. Don’t follow the masses. If you disregard strength as a main manly trait – you will lose one of the most competitive traits you can ever possess.

The strongest is never strong enough to be always the master, unless he transforms strength into right, and obedience into duty.

Protection against an enemies

The first point towards improving your strength is the endurance it will give you to withstand the damage which might be caused by the enemies this world is full of.

We might agree that muscles or knuckles are useless against a knife or a gun, but the strong man will always be a dangerous target to those who want to find easy prey.

Surprised? Don’t be. Girls are naturally attracted to the guys with the ripped body. Beerbelly guys or “I only play world of warcraft day and night” type of guys are attractive only to the girls with special taste.

Makes sure you don’t expect your girl to love you the way you are. Come on; you have to keep improving yourself. Otherwise, you will keep staying on the same level on the social ladder, or in the worst case – you will even go down.
Go to the gym, shape your body, make fitness an important part of your life and you will instantly notice that any problems with the opposite sex will vanish.

Ready for a physical job

History is written by the victors. Who are the “victors”? These are the guys who took their back up from the sofa and did something.

Remember: The strong man built civilization you see now. Weaklings never left even the smallest footprint in this history.
Vikings, Spartans, astronauts, legendary generals, warlords and politicians, famous scientists, philosophers, and mathematicians – none of them were weak. The strong man is ready to carry on the hard duty, not only for himself, but he is also willing to share the weight of the burden on others. A weak person follows the stream. Strong people – create the flow.
If you are weak – you cannot do anything special. Why? Cause you simply don’t have the strength to do that.

Brutal force is required to give the beginning to anything. Even to intellectual tasks. Why? Because brutal force – the force of your muscles – is the fuel for your power of will.
Have you noticed how confident are all the gym buddies? Is it bad?
Now imagine if you can transfer the brain of the scientist into the body of gym buddy. There will be a 100% ideal man born at the very same moment.
You can correct his behavior with some basic moral principles – and there you go, a superman of the opposite sex.

Don’t forget about the muscles from the position of the speech. Seriously. Any guy with the powerful arms instantly sounds more convincing than the guy with the weak arms.
Nothing to be amazed of here. This is the natural way of things – strong male always has a dominant position in comparison with the weak male. Everyone wants to be friends with the strong male; not everyone wants to argue with him.
The weak male stays out of the main events of existence. Nobody wants to work with them. For the environment – they are the prey.

It may sound a little bit harsh, but this is the real deal. Long-term relationships are based on the strength.
Now make sure you understand that correctly, because it doesn’t mean that you have to use physical strength on your girlfriend, never-ever do that! That means that if you are strong – some of the questions in your sex life, conversations or actions can be easily managed.
Your girlfriend will see that you can protect her. She will understand that you are a reliable person.

Regarding friendship – a strong person is always in favor because psychologically, such a person is considered as a chief.

Of course, you cannot rely on the chief with muscles and no intellectual ability, but at least some muscles will grant you a better ground in social interactions. 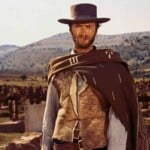 How to become a tough guy? 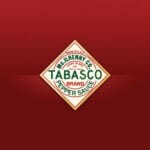 Is There a Secret Sauce to Achieve Your Goals?