I remember, back in the days, my mother always used to tell me that I have to be a cheerful and a sweet boy. Our family was not very religious, but despite that, my mom always reminded me of this Bible verse:

“Treat others the way you want to be treated”

I kept that as a golden rule during my whole childhood. I was nice to people, other kids, my parents. Most of the times I didn’t respond when someone offended me. I quietly walked away, sometimes crying on my way back home, repeating the same situation in my mind over and over again. Was that a bad thing? Probably not.

When I became much older, I moved out of my home country to the Middle East, where I started my life from scratch, with almost no money and no job. Gladly, it worked out well and very soon I had a great job, with great pay and extremely tough boss.

I won’t say he is a bad person, no. It is the opposite of that – he was a great guy when we hanged out away from the office. During work hours – he was a tough fish to deal with. I admired some of his personality treats, and I used to catch myself on the point that I’d like to be like him. I wanted to be a tough guy who fights for his opinion and doesn’t fall back despite being in the minority. And then I decided to make a change. I was closely following the way he behaved with other people, including me, I googled different topics describing all the possible methods to become a tough and a cool guy. And if you ask me – yes, that helped.

To ease up the search for you, I will give you some of the most effective methods I believe made me a person I am now. Try to follow them, and for sure you will see a difference, make sure not to overdo it.

You have to make an aim for yourself which you have to follow a couple of times a week, or even every day (depending on your power of will). For example, you can create a rule to perform 500 pushups every day for the next six months. Well yes, 500 might be too much. You can decrease that number to 250 or 100. Even more, you can pursue an intellectual task, not a physical one.
Let’s say you have to read one book every week? Doesn’t matter what will it be, just make sure you start somewhere!
You have to understand for yourself which traits would you like to develop your personality, and once done – you have to continually develop that trait. It might take you weeks or even months. Make sure you don’t give up too easily.

You can start with cold showers every morning. Who likes them?
As an alternative, you can make a rule to eat spinach with your breakfast, wake up and go to sleep earlier, do a half an hour run every morning – keep doing everything you might hate!
You will cry, swear and hate everything around you – but believe me, that will make you tough. Stay strong, keep going and you will become a man. Then come back to Yikigai.com and say thanks in the comments.

Your hated activity might not bring you anything positive. If it does – perfect, if not – keep going as long as you hate it. Your main aim is to do something you hate.

Don’t be afraid of a fight

Harming yourself is not what you might be looking for. Even more – fear of causing pain to someone might be even more overwhelming.
Everyone is afraid of the death, that is for sure. This is why sometimes we keep going back when in reality we’d have to push forward. This is the mentality of an average person. Those who have the opposite attitude are called warriors.
Since the old ages, a warrior was always pushing forward and never looking back. No fear, no regret, no mistake. This is how a warrior was made. What was the most critical skill of a warrior? Ability to fight.
Nowadays, society keeps sticking to the rule that a man has to know how to fight. This is a must, and no comments are needed here.
You have to know when to fight, whom to fight and how to fight. On the other hand, if you never hit anyone in the face and even the smallest thought about fight makes you shake – you can visit any martial arts available in your city. Boxing, Muay Thai, karate, sambo – anything will do. Martial arts, at some point, might be the only way to unleash the man and the warrior inside you.

But make sure you don’t attack everyone on the street like crazy. Keep your chill. Being a tough guy is not only standing your ground, but it also means to be a lion who doesn’t turn his head to the stray dog’s bark. Now that was well said, wasn’t it? 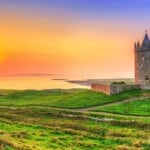 Best Reasons to Book Your Flight to Ireland Today 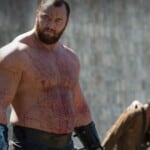 Why every man has to be strong?