There is no great genius without some touch of madness

When you hear someone addressing a person and saying: “He is a genius!”, you only have to look closer and you can see that there is nothing genius about him. Undoubtedly, there are extraordinary abilities, tenacity, experience, perhaps even talent, but there is no genius and never was.

Almost always genius is confused with talent, identify these concepts, although the difference between two of them is fundamental. In order not to continue making mistakes on this question, let’s try to answer the following questions at once: what is a genius, how is it different from talent, and why is there an opinion that genius is the fate of madmen?

The difference between talent and genius

Both genius and talent are laid down at the genetic level: talent in the form of abilities or inclinations, and genius as a narrowly directed and the only possible development strategy.

The talented person is the versatile developed person, the brilliant person – develops only in one direction. Concerning the genius the opinion is fair: if in something it is a lot, then in everything else it is not enough. That is why geniuses in the majority of them are the people who are not adapted to life, helpless in the domestic environment, difficult in communication, indifferent to the vital things. In other words, geniuses create masterpieces, but wear socks of different colors.

Genius is the highest degree of development of creative and intellectual potential of a person. Genius creates something fundamentally new, unique, able to change the course of history, to leave an indelible mark in the memory of generations.

Talent has no such capability – it does not create anything revolutionary. Almost every person has a talent, and everyone has one, it is only necessary to find and develop it. Genius either exists or does not exist, and it is impossible to predict at what stage in life it will manifest itself.

Talent needs conditions, mostly favorable – it develops thanks to something or someone. Genius does not come thanks to, but often due to tense life circumstances.

Here is an example of the greatest Russian poet Alexander Pushkin. His novel in verses “Eugene Onegin” can be called a brilliant creation, because it was a fundamentally new phenomenon in the literature of the XIX century. The work does not lose its popularity centuries later, and some lines have long been taken apart to be used as quotes.

Often genius is equated with one of the kinds of mental deviations. From the point of view of psychoanalysis, genius is sublimation (from lat. sublimare – to elevate, to spiritualize), a protective mechanism of the psyche that transforms internal tension into creative energy to achieve meaningful results in any area.

In the process of many years of studying genius, it became clear that, indeed, there is much in common between geniuses and madmen. German psychologist Ernst Krechmer in his research has established that the “average” genius is a sensitive person with signs of neurotic abnormalities (neuroses), with violent affective reactions (sudden changes in emotional state).

Cesare Lombroso, an Italian forensic psychiatrist from the 19th century, argued that genius is an anomaly that often ends in madness. Lombroso made a list of brilliant people of different eras, which included Socrates, Schumann, Gogol, Mozart, Swift, Newton, Schopenhauer and many other prominent people. He often cited the famous artist Van Gogh, who is known for committing a suicide. One of the most expensive paintings in the world “Self-portrait without beard” was painted by Van Gogh when he was already in a psychiatric hospital.

By the way, the book by Cesare Lombroso ” Genio e follia” was considered unique in its kind, and the author himself suffered from epilepsy.

Modern psychologists and psychiatrists can not say with certainty that all geniuses are completely crazy, but absolutely in solidarity with the opinion that they all have at least a lot of strangeness.

Remember the words of the brilliant Russian classic Fyodor Dostoevsky, who suffered from epilepsy, but was always scared that the epileptic seizures will stop completely, because shortly before they stared, he fell into creative ecstasy:

“You are all healthy people, and you do not suspect what happiness is, the happiness that we epileptics experience the second before the seizure … I do not know if this bliss lasts for a second, hour or eternity, but believe this words: i would not exchange it for all the joys that life may bring.“ 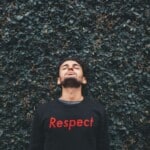 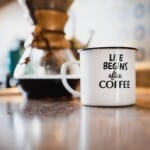