Signs of a toxic relationship

No one on this planet is perfect, and we all have some of the best qualities to work on. However, there is a noticeable difference between imperfection and toxicity. Very sensitive and receptive people often attract toxic individuals or, on the contrary, they are attracted to the source of the negative emotions because they are guided by a sincere desire to fix everything (which in most cases is meaningless and destructive). So if your partner, friend, or even relative is this most toxic person, you need to learn how to set rigid limits in your communication and understand when to say “no” and when to end the relationship at all. By the way, how can you determine whether a person’s behavior is negative for you?

1. He’s obsessive and too dependent on you

You do not want to receive messages or calls from this person. As soon as you answer, the person will need all your time and attention. You have the impression that everything he or she asks you for is an emergency and an urgent matter, although it is not. There may be absolutely nothing you can do to help, but you feel guilty about it and you end up saying “yes” anyway.

2. He’s always trying to fix you and put you on the right track.

A toxic friend does not perceive you as a person but as his own project. He’s picking on you, looking for your smallest mistakes and faults and demands that you correct them immediately. And most people tend to succumb to such manipulations. Also, a toxic person always makes you feel like you need him more than he needs you, and that certainly doesn’t make the relationship equal and bilateral.

His word is law. Even if a toxic person is misleading or operates the incorrect information, he still sees it as a fact and no one can convince him otherwise. If you have strong arguments against his belief, that person will not accept them, but will immediately move on to insults, claiming that you are stupid, incompetent and ridiculous. He is not going to reconsider his point of view at all.

4. You’re afraid to tell him something

You are afraid that if you reveal a secret to such a person, it will become public and the information will turn against you. You don’t want to tell him the good news, because he won’t appreciate your achievements and will say that they don’t matter. And you don’t want to come to him with your problems, because you know for a fact that you won’t get any sympathy or constructive advice from him.

Toxic comrade (partner, relative) constantly gives you personal secrets of your mutual friends and acquaintances, indicates their shortcomings and humiliates them in every possible way and insults them behind the eyes. And if he speaks ill of other people, then in your absence he speaks ill of you.

6. He awakens your worst qualities in you

When you talk to someone like that, you are often irritated and have negative feelings. All toxic people usually provoke unpleasant emotions: they lose confidence and noticeably undermine self-esteem. Look for friends who not only bring out the best in you but also help you to become a better version of yourself.

7. You don’t want to spend time with him

If you know in advance that meeting and communicating with such a person will cause you discomfort and negative feelings, it may be time to ask yourself why this is happening. Some people just suck the energy out of their interlocutors with their negativity, and they are literally determined to make others unhappy just because they are unhappy themselves. Do you need this?

Have you had a terrible day? A toxic man will tell you that his day was a hundred times worse. Did you have a great day? He will try his best to outdo you. Your achievements are not as significant as his successes, and your difficulties are ridiculous against the background of what problems he fights. A toxic comrade will do everything possible to constantly prove his superiority. And it will be really exhausting for you.

9. You feel like he’s looking at you under a microscope

A toxic person makes regular judgments about you – and this applies to everything: your home, your job, your life in general. They never support you, but rather try to change your mind. He or she watches you, criticizes your actions and tries to convince you that you should listen to him or her.

P.S. We also encourage you to read our article about toxic parents and how to reduce the psychological harm of interacting with them. 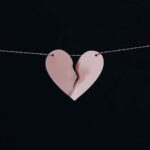 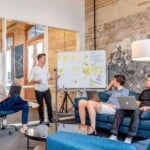 Soft Skills: What Is It And Why Does Your Career Success Depend On It?