That’s something that people often have problems with. When you say what you think, it’s easy to offend a person and make yourself look like an asshole. There is one more drawback to this: we too rarely think what we speak of, and we should do that more often. It turns out that you can say what you think without offending the other person.

Say you don’t want to date a girl anymore because you can’t do it, she’s not right for you. You could have told her that, but instead, you’d rather fool her, not answer her phone and text her, and remove her from social media friends, hoping she’d understand the hint.

She’ll understand. Not only a hint but something else, too: you’re a real coward. There’s an alternative to saying, “We don’t get along because you get drunk too often and lose your head,” she’ll be offended. Honesty can come sideways to you although we are all adults and can somehow come to terms with the harsh life.

When you want to end a relationship, it’s okay to be deadly honest because there’s a chance you’ll never see her again. Unless she starts dating your friend or father, it’s really embarrassing.

It’s still harder at work. It’s not always better, to tell the truth there. Some bosses may accept it, and some may not accept it under any sauce. It is better not to say anything in vain: what if my boss will get me fired? Although, better not to test his patience.

I will tell a story about life. Once I had a boss who yelled at me. He was really screaming, his face was blushing, and he was pathetic when he thought he was showing off in his anger. Personally, I don’t like being yelled at, but I was well paid there, so I had to put up with that behavior. One day, I couldn’t stand it anymore, so I decided to tell him how I felt about it. I talked to him, stepping on my own fear, and you know what? The exodus was better than I could have imagined. The guy was a lot more normal than he looked and said he was yelling because most people are doing the best they can out of fear of screaming. When I explained that I belonged to the kind of person who didn’t want to work after screaming, he shook my hand and let me go. And you know what? He never raised his voice to me again.

Moral: you can bring your (even unpleasant) thoughts to the person in a calm and neutral tone, and there is a chance that this will be enough for him to reconsider his behavior.

If they introduce you to a doctor, you don’t have to ask him questions about your pains right away. He’s not at work; he’s a guest, he’s having fun. If you really want to talk to him, ask him for his phone number or business card, if he does not work in the district clinic, but in a more presentable place.

The nature of the person makes him/her be nice and supportive. We are friends because it helps us to think about ourselves better – at least for a while. We want to be nice (remember the situation with the doctor). Yes, he will answer you, but only to be polite. If you are not going to use his services, do not promise him that: why mislead a person?

If you want to do something nice for him, take his business card and say, “If any of my acquaintances have any problems, I’ll give them your phone. You will also be pleased that you have been friendly and that he will not receive any false promises from you.

Moral: Even if you don’t think the conversation is serious, don’t promise things you’re not going to do. Perhaps your conversation partner takes every word you say for nothing. The need to keep your promises has not been revoked.

Sometimes in society, we talk about books or movies, which are just a shame not to read and not to watch, and you are the one who is ashamed. Everyone discusses, shares opinions, analyzes, and you remain silent. When you are asked if you have read, it is a good idea to say that you have read, especially if you have already confessed several times that you have not read other books. Well, you don’t have to do that.

If you lie, you will have to continue to lie, and it is very difficult to lie about books (trust someone who has passed exams and credits for many different books). If you haven’t read the book, you can’t talk about it. If you haven’t seen the movie, you can’t talk about it. You don’t know the story (even approximately), don’t know the concept, and you don’t have an opinion as such. Don’t give yourself a chance to fail and get caught when your lies go too far. You will feel like a complete fool.

Moral: When you try to seem smart, it’s easy to make a diametrically opposite impression. It’s better, to be honest: “I haven’t read it, but…” – and transfer the conversation to that book or that movie that you’re able to discuss.

The year 2018 is over, what does that mean? The times when people could take each other’s word for it are long gone. In this environment, it is particularly pleasing to be the exception when your word is valued for its weight in gold.

You can’t always stand under the pressure of your boss and tell him what you think. It’s hard to tell your friend that she hasn’t lived up to your expectations. However, this is the only way you can get the reputation of a direct and honest person, and you will be respected much more than a person who constantly hides his thoughts. You will become the one who says what he thinks and thinks what he says. Your word will be stronger than steel. 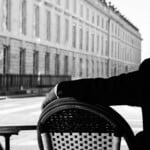 Whoever waits gets twice as much 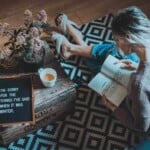