Not all products that until recently had been considered extremely healthy and very useful are that good in reality. Yikigai Team presents you with the list of such products and destroys popular beliefs.

Most walnut pastes often contain added sugar and are therefore very caloric products. It is believed that peanut pasta gained its popularity and healthy reputation during the Great Depression in the USA: it was advertised as a source of protein, and positioned itself as a much cheaper alternative to meat.

2. Proteins instead of yolks.

For decades, many believed that yolks were harmful because of their cholesterol content. But it turned out that cholesterol in eggs does not significantly increase blood cholesterol levels in the vast majority of us, and the same study that scared everyone was conducted and confirmed on rabbits.

The fact that a lot of fruits will be needed to produce juice does not make it any healthier. Most packages have added sugar, and sometimes more sugar than sweet soda. And the first smoothies owe their healthy image to Steve Kuhnau: he created a large power supply network, Smoothie King, in the United States in 1973.

4. Granola and cereal for breakfast.

Flakes and granola can be full of sugar, so it is not the best option for breakfast: then you can quickly get hungry and feel sluggish.
In the U.S., the founder of the famous company – Kellogg’s (the producer of cereals) called to start the day with nuts and grains, because he himself was a convinced vegetarian.

Many mistakenly believed that “special” sports water is needed to prepare for training and regain strength afterward. It turned out that scientists still recommend to drink clean water and use enough protein for a normal exercise in the gym: it helps in restoration and rebuilding muscles.

It was believed to be a miracle drink, some panacea from dehydration and curing cancer. The coconut water business grew strongly in the mid-2000s and turned into a $400 million industry dominated by several large corporations. Advertising with celebrities like Rihanna has helped to bring this product into fashion.

The belief that low-fat products would lead to better health and weight loss was so strong that even ice cream became degreased. But the 8-year study on almost 50,000 women showed that this is unlikely: during the study, the test subjects did not reduce the risk of cancer and heart disease – and if they lost weight, it was not as significant. 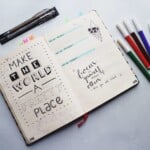 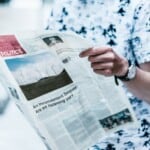 3 Ways to Make A Difference: Changing The World With Political Awareness