Games. The stop-word, the horrific phrase for all girlfriends, wives, and moms. The ultimate evil every kid is leaning to. The restricted Apple of Eden every child wants to bite.
But how bad is it in reality?

As far as I remember myself, I enjoyed gaming. It was something I used to forget about the reality for some time (1 hour a day when I was a child). Sometimes, I even used to behave like a favorite game character (Darkwing Duck), bringing justice towards the forces of evil.
I played games on each step of being mature: at the elementary school, high school as well as the university. Even after moving to another country, getting a well-paid job, renting my own apartment, starting my own blog and living a normal life, I pulled the trigger and got myself a gaming PC, which I sold later on, and just lately I pulled the trigger for PlayStation 4 gaming console.

Am I insane? Probably. Immature? Not so much. And I will explain to you why.

One day, my colleague, who is a very well educated, well-behaved and a smart person in general, told me “Listen, I think I should get a Playstation”, I said “Why?” and he said “Lately I feel a little stressed. They say that fighting games and shooters can help a lot to let off some steam”. You know, at that moment I immediately saw a flashback from my childhood where I remembered how nervous I was when I used to play shooter games. I swear I could break things when I didn’t make it through the level i so desperately tried to pass. But you know what? I also reminded myself that feeling you get when you finally manage to finish the chapter you could never pass. That feeling was incredible. C’mon, everyone remembers the famous “Helicopter mission” at GTA Vice City. I still think it was one of my biggest gaming challenges ever, followed by “Elite Four” at Pokemon games for Nintendo handheld consoles.

During my time of “abstaining” from games, I came across many articles about analyzing peoples behavior during the gaming process. In simple words: games, especially shooters, DO NOT affect people’s intentions or behavior in the long-term cycle. I am not claiming this statement as the official study, nor you have to rely on it to make decisions about your own life or the life of your family and children.

Yes, you may be irritated, yes your anger levels might get a little or even much higher than normal, but they go down as soon as you end your gaming session or complete the game.

Another study I came across, which was conducted by Professor Alex Wade at Univerity of Wales states:

Games such as League of Legends and DOTA 2 are complex, socially-interactive and intellectually demanding.

Do you know how I quickly learned to type on the keyboard back in the days when I got my first PC? Simply by playing games and entering cheats (yes yes, I know).

Despite what many people say these days, it is true that those who usually play social or intellectual games (like Dota) tend to be generally more creative and faster in making decisions.

Now the dark side. Gaming can, and will probably become your addiction if you won’t spend your time wisely. And what does your addiction usually take from you? Correct. Time, money, health and sometimes – your family. I personally know a couple of divorce cases caused by the gaming addiction one of the sides. I know people spending a good part of their salaries to buy in-game currency, weapons, swords, and armor. There are people gaining weight and diseases due to the constant sitting in front of the screen and not moving at all. Remember, life in motion!

Two words: Be Wise. Make sure you keep track of your gaming times. Don’t exaggerate and do not spend days in front of the screen. If you play subscription based games or you like to buy in-game currency – create a limit of your spending. Let’s say you make a rule not the overcome a budget of 50$ per month (it’s perfectly fine if you spend 1-2% of your salary to enjoy a good game).

Keep moving! Stand up from your chair and walk at least every 20 minutes. You can even stand up when your map is loading or you passed each level. Trust me, even couple of minutes of walking around and stretching can do a huge difference not just to your body, but to your eyes as well.

And last but not least: don’t forget about socializing! Go out, meet new people and spend some time with your real-life friends, not just online friends! 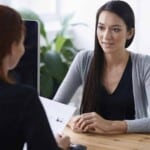 Get Hired By Learning How to Write a Great Resume 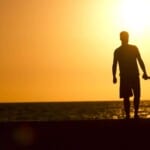 Why you should listen to your father?